Ask about this product

Get Rid Of The Snow! The Icy Windshield With This Cool Tool...

Looks super awesome to deal with the snow right? This Magical Car Ice Scraper is a ingeniously designed ice scraper and snow remover with cone shaped, so you can simply move it in any direction or in circles to remove more snow from your car at a time.

Not only is this Magical Car Ice Scraper one of the best ice scrapers there are, but it also works as a funnel to easily add washer fluid to your car without spilling all over the place. Just remove the tip of the ice scraper and it instantly turns into a funnel. It is ranked as one of the most necessary go along with your car in 2019. 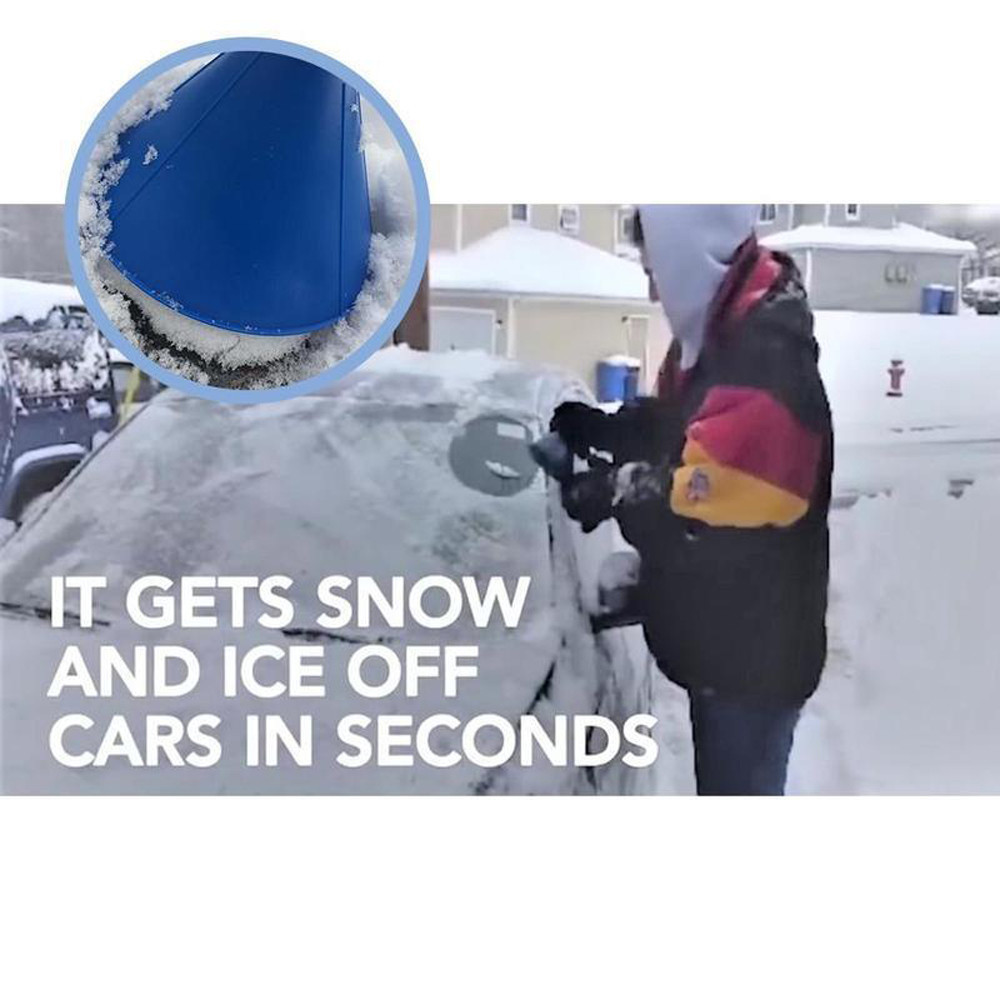 Normal ice scrapers and snow removers just don't remove enough snow with each scrape, and you have to either push or pull in order to remove the debris from your car.

is a ingeniously designed ice scraper and snow remover that's cone shaped, so you can simply move it in any direction or in circles to remove more snow from your car at a time.

The end of it has mini spikes that protrude from it, so if there'a large build-up of ice on your car windows, you can tap the end of it on the ice, and it'll easily break away.

The circular  ice scraper is said to to clear ice and snow from your cars windows twice as fast as traditional scrapes using its large 18 inch scraping surface.

Plus, its unique cone shape makes it extra comfortable to grasp and use.

Notes:
1. Please allow 1-3cm measure error.
2. The color of the actual items may slightly vary from the above images due to different computer screen, thanks for your understanding.

GET YOUR CAR RUNNING ON THE ROAD WITH CLEAR VISIBILITY IN NO TIME!

people are currently looking at this product